Walt Mossberg is a native of Warwick Rhode Island; he was born on March 27, 1947 and is easily one of the most influential technology reviewers in the world. He received his education at Brandeis College and earned a degree from the Columbia University of Journalism.

At the very young age of 23, he began writing for the Wall Street Journal, where he has remained. He spent the first 18 years of his long career covering national and international affairs. Around 1988 he turned his considerable talents toward the technology field and has influenced many pieces of technology that you probably use today, including the laptops, mobile phones and mp3 players.

In addition to his impressive journalism career Mossberg is also the co-creator of the prestigious annual conference “All Things Digital”, where he has shared the stage with noted technology greats such as Steve Jobs and Bill Gates.

Over the years, Walt has received many awards and even an honorary Doctorate of Laws from the University of Rhode Island. His awards include:

Mossberg has written his Personal Technology every week since 1991; in addition, he edits The Mossberg Solution and writes Mossberg’s Mailbox where he answers reader’s technology questions.

You may be wondering how one person could have so much influence over the technology of the world. The answer may have a lot to do with the man’s integrity. People are tired of paid reviewers that only provide them the information that the manufacturer wants them to have; consumers have been burned repeatedly from buying into these types of product reviews.

Mr. Mossberg on the other hand keeps none of the products he is given to evaluate. In his ethics statement he clearly outlines exactly how he comes by the various gadgets he writes about and assures his readers that there is nothing in it for him. Most of the technological devices are returned to the company from which they came and if the company does not want them back, he passes them on to charities or discards them entirely.

Walt also states that he never schedules a review to coincide with the advertising staffs schedules. The companies for whom he is reviewing a product do not get to read the review in advance nor can they edit or reject his topics. In an age where you do not know who to trust, Walt Mossberg has gone out of his way to be above reproach.

Not only is Mossberg very careful with his reputation he also puts any piece he reviews through the mill! During an interview with Fox News Anchor about Windows 7 operating system, he commented that he had been using the software for nearly 8 months and in the last few months had tried it on at least 11 separate computers! That is an intense review process you can be sure. 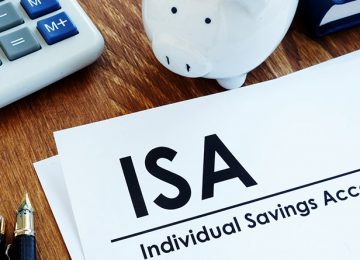 Are ISAs a good idea?

Posted by Wilson Lee - January 14, 2022 0
ISA (Individual Savings Account) is a tax-free savings account that anyone over 18 years old can invest in. Introduced in…

Posted by Wilson Lee - January 25, 2021 0
You’ve chosen to begin another business. Congrats! What would be the best next step? Do you recruit a business legal…

Posted by Wilson Lee - January 22, 2021 0
Taxy publicizing measurements are utilized to survey and assess the exhibition and adequacy of an advertising effort utilizing the normal…

Beginning a Small Business – How to Work Smart, Not Hard

Posted by Wilson Lee - January 23, 2021 0
More individuals long for beginning a private company than they do about attending a university or looking for advancement. Nonetheless,…

Showcasing Tips to Boost Your Business

Posted by Wilson Lee - February 24, 2020 0
Assuming you are hoping to help your business and are searching for minimal expense advertising systems, here are business promoting…